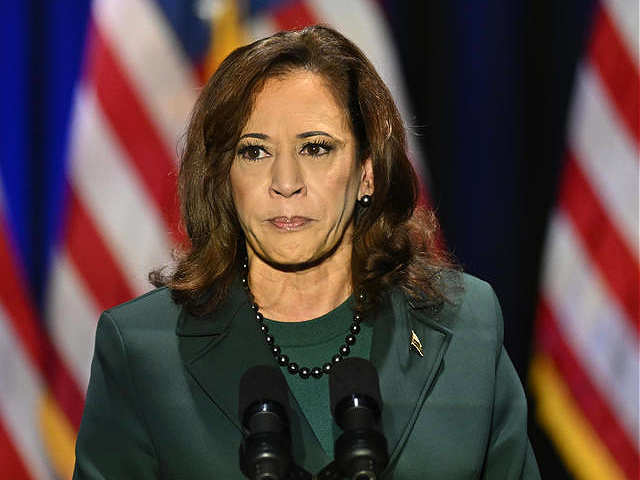 (ReclaimingAmerica.net) – Vice President Kamala Harris raised eyebrows by failing to mention the right to “life” of the American people when she quoted from the Declaration of Independence during a pro-abortion speech.

On Sunday, Harris gave an address in Florida’s state capital of Tallahassee on the 50th anniversary of the now-overturned 1973 Roe v. Wade ruling of the US Supreme Court, which legalized abortion.

“We are here today because we collectively believe and know, America is a promise – it is a promise of freedom and liberty,” the vice president stated.

After that, she began quoting from the Declaration of Independence – including the part stating that “life, liberty, and the pursuit of happiness” are natural rights, one of the most famous quotes in the world – except Harris omitted the right to “life.”

“Not for some, but for all. A promise that we made in the Declaration of Independence that we are each endowed with the right to liberty and the pursuit of happiness,” Harris said.

Besides the vice president’s controversial speech in Florida, the Biden administration marked the 50th anniversary of Roe v. Wade with President Joe Biden’s signing of an executive order to provide nationwide access to abortion pills.

Harris delivered her address a few miles from the Florida state Capitol, where last year, the GOP majority in the legislature and Republican Governor Ron DeSantis passed a law prohibiting abortion after the 15th week of pregnancy.

The vice president criticized the Florida abortion ban but was booed by many in the Tallahassee crowd, according to a report by Breitbart News.

“Here in Florida, healthcare providers face prison for up to five years for simply doing their job,” Harris declared.

“And now the state has also targeted medication abortion – and even threatened Florida pharmacists,” she added.

The conservative majority of the US Supreme Court overturned Roe v. Wade in its Dobbs v. Jackson Women’s Health Organization ruling in June. The verdict once again empowered states to decide whether abortion should be legal.

The report pointed out that in September, Kamala Harris lauded Democrat prosecutors for “taking on” pregnancy centers in the wake of the Dobbs ruling of the US Supreme Court.

However, she did not mention the rampant violent far-left attacks against pregnancy centers taking place nationwide.

According to the Family Research Council, a nonprofit, there were at least 100 far-left attacks on pro-life organizations and pregnancy centers across the nation organized by a network of militant groups after Roe v. Wade got overturned.

Kamala Harris omitted the right to “life” when quoting from the Declaration of Independence during her pro-abortion remarks on the 50th anniversary of the now-overturned Roe v. Wade Supreme Court case. https://t.co/gCD6BXZagc