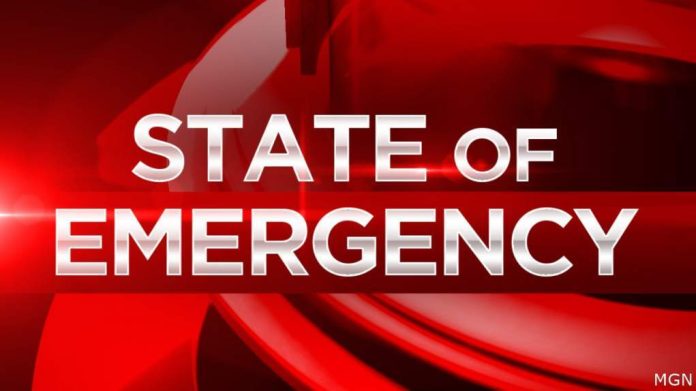 (ReclaimingAmerica.net) – The Democrat administration of El Paso, Texas, which sits on the US-Mexican border, has declared a state of emergency over the influx of illegal aliens.

El Paso Mayor Oscar Leeser declared an emergency as thousands of illegal aliens are arrested daily, and hundreds sleep on the streets.

“We wanted to make sure people are treated with dignity. We want to make sure everyone is safe,” Leeser told reporters, Reuters reported, as cited by Newsmax.

He added declaring an emergency would allow his administration access to additional resources, enabling it to house illegal immigrants who crossed from Mexico.

The report noted that El Paso is a “Democratic stronghold with a history of welcoming immigrants.”

However, the city of 700,000 inhabitants has been overwhelmed in recent months as tens of thousands of illegals have been swarming it after crossing the Southern Border.

In the past week, the El Paso Sector of the US-Mexican border, 268 miles long, saw more than 2,400 illegal immigrant apprehensions per day, according to city figures. That is a 40% spike compared with October.

The influx has filled up local shelters, and even though El Paso’s administration has been shipping off illegals to other cities, many still sleep on the streets.

At the end of August, El Paso began a busing program, transporting some 14,000 illegal Venezuelans to Chicago and New York City. That ended in October when the Biden administration expelled Venezuelans to Mexico under Title 42.

According to El Paso’s deputy city manager Mario D’Agostino, the emergency declaration will give the city “extra transportation options” and “extra help from state law enforcement.”

According to CBP data, nearly 6 million illegal immigrants, including well over 1 million gotaways, are estimated to have entered the United States since Joe Biden became President 23 months ago.

El Paso “is bracing” for an even more enormous influx of migrants after the Trump-era public health order Title 42, which allows for swift expulsion of illegals, expires on December 21 under the order of a Washington, DC, judge.

Republican US Rep. Chip Roy of Texas on Sunday slammed the Democrats for using illegal aliens as “political pawns.”

“Democrats want to simply throw more money at the border and then process more human beings while they’re getting abused. They’re the ones using them as political pawns for their crass political purposes. They’re using the Hispanic community,” Roy told Fox News.

On Friday, the US Circuit Court of Appeals for the District of Columbia shot down a motion by Republican-led US states to join a government lawsuit to preserve Title 42. Instead, the GOP states could take the matter to the US Supreme Court.

What is your opinion about the number of illegal aliens the Biden administration allows to enter the United States? Please share your thoughts and views by emailing [email protected]. Thank you.